Designing Urban Resilience after the Science: The Project of the Future

Symposium Hosted by CHU for the

The Science, Business, and Education of Sustainable Infrastructure: Building Resilience in a Changing World 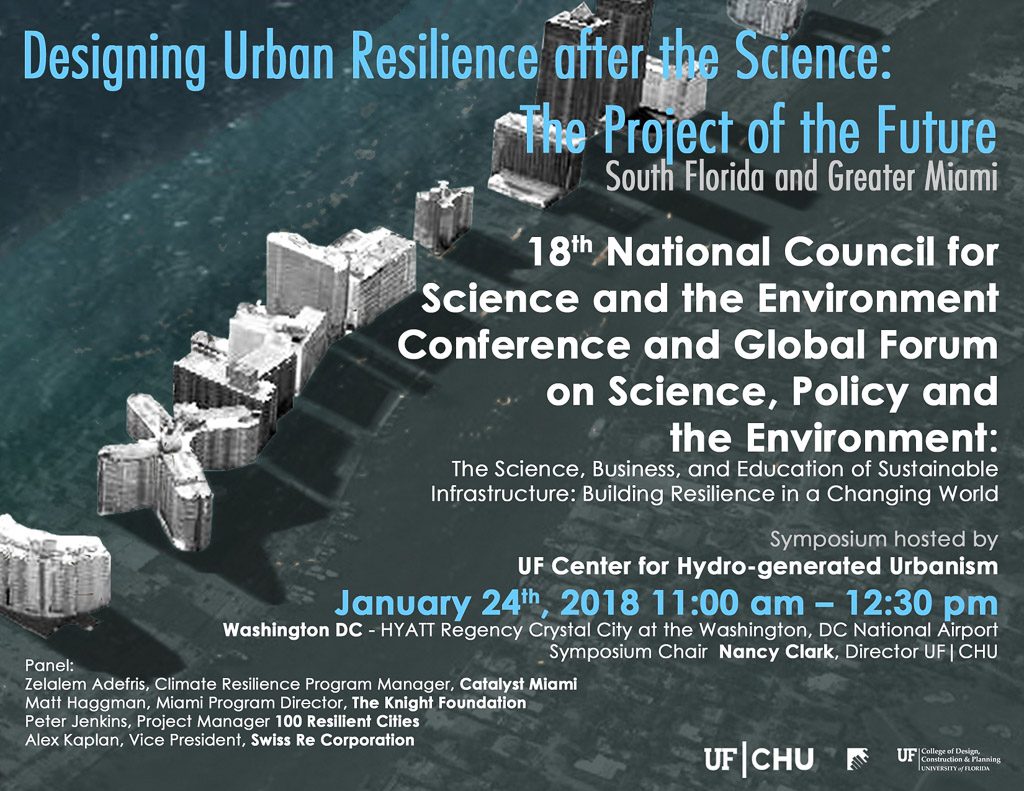 As Irma recently confirmed, South Florida is one of the most hurricane prone regions in the world. During Hurricane Irma, 6 million people were required to evacuate South Florida under the threat of storm hazards with a large proportion of this population lacking the resources to recover from resulting loss of property and income. Climate change will continue to exacerbate the natural hazards global regions are already confronting. If we assume the science is set, the question remains- what are we going to do about it? “Designing Urban Resilience after the Science: The Project of the Future” will present models for visioning the resilient future of cities as regions around the world are reevaluating their natural, built, cyber and social infrastructure in response to the risks and vulnerabilities associated with climate change. An interdisciplinary panel who believe in a prosperous future for the region and are imagining how to create it will gather together to discuss how we are daring to think big about urban resilience for South Florida by engaging in infrastructural thinking at multiple scales inclusive of natural, built, and social dimensions. We will discuss how we are designing a sustainable future created through a combination of urban projects, initiatives and urban interventions including the 100 Resilient Cities Program funded by the Rockefeller Foundation, Van Alen Institute’s Keeping Current: A Sea Level Rise Challenge for Greater Miami, public awareness and education programs on resilience organized by Catalyst Miami, recent CHU proposals for adapting Miami, and recent innovations in asset management and protection from Swiss Re Corporation.